The 11th calendar week started on a spectacular note with two important new developments for the injured investors affected by Wirecard AG: The Munich Public Prosecutor's Office has brought charges against Markus Braun and two other defendants, and the Munich I Regional Court has issued a referral order for model proceedings (KapMuG).

The charges (allegation: professional market manipulation, accounting fraud, gang fraud, etc.) will be examined by the responsible Economic Criminal Division and will presumably be admitted to the main hearing in the next few months. Additional accused are still being investigated, according to the public prosecutor's office.

The Munich I Regional Court issued a referral decision for model proceedings (KapMuG, Musterverfahren) on this matter. The model proceedings are among others directed against Dr Markus Braun and Ernst & Young GmbH Wirtschaftsprüfungsgesellschaft.  The further course of proceedings is as follows: The reference decision will be published and the Bavarian Supreme Regional Court ( BayObLandesG) will thereupon open the model case and appoint a leading model plaintiff. Theoretically, any submitted lawsuit can be designated as the model lawsuit. The law firm MATTIL also represents many of the aggrieved parties and is filing a large number of lawsuits that include all of the investigative findings known to date. With the announcement of the model case by the Bavarian Supreme Court in the register of actions (Klageregister), a 6-month period begins within which a claim can be filed in writing with the Bavarian Supreme Court for the model case; for this purpose, the KapMuG stipulates a compulsory appointment of a lawyer. Experience shows that the model proceedings will take several years.

MATTIL has successfully conducted several model proceedings since the introduction of the KapMuG (Kapitalanlegermusterverfahrensgesetz)(e.g. VIP Medienfonds and Hannover Leasing) and has consequently gained considerable expertise in this field. If the court finds that Ernst & Young GmbH breached its duties in the context of the audits of the financial statements and that the other defendants breached their duties in the context of their work for Wirecard AG, the injured parties who have registered in the register of claims in due time will have to sue individually for their personal damages in subsequent proceedings, provided that there are no settlement agreements with the defendants.

If you have not yet retained us, you can still appoint us with the registration of your claims in the capital investor model proceedings as well as with an individual filing of a lawsuit. You should have already received the corresponding offer of representation and power(s) of attorney. Should you no longer have the offer of representation, we would be more than happy to send it to you again.

Many of the victims of Wirecard are not bond or share holders, but had purchased structured products as Bonds of other issuers with underlying Wirecard, cerificates, warrants and others.

Is there a way to claim compensation for these losses as well ? Law Firm Mattil is convinced that we can include those claimants in our collective action against Wirecard Management, Supervisory board, EY and Moodys, maybe more responsibles. Our claim is based on a special german regulation that punishes not only a fraud committed to individuals but to the public. § 264 a STGB ( penal code ) condemns all responsible offenders to compensation for losses that have evoked from misleading prospectus, false public information etc.

For further questions please revert to us at any time.

The insolvency proceeding of Wirecard AG  has been opened by the court on 25th august.

The court has set a deadline for filing your claim to 26.october.

As a shareholder you are entitled to claim your losses in this proceeding.

Your claim for compensation is based on suspect of fraud and violation of financial market information .

We offer you to submit  your claim that has to be reasoned and justified.

We expect a dividend in this proceeding , therefore we recommend this submission of your claim .

Please return the power of attorney that you have already received.

Wirecard Bank AG is a listed German payment services company founded in 1999 and headquartered in Aschheim near Munich. As an innovation driver for digital financial technology, Wirecard offers solutions for electronic payment transactions, risk management as well as the issuing and acceptance of credit cards. Put simply, this means that when a customer pays by credit card, the money from Mastercard, Visa and others does not flow directly to the merchant, but first to Wirecard, which then forwards the money to the merchant. Wirecard earns commission for bearing the risk and guarantees that the money reaches the recipient.

The share price of the technology company, which is unique in Germany, has increased more than a hundredfold at its peak since 2005. At the beginning of 2009, the share price was still in the single- digit Euro range and rose to a high of just under € 200. Within just a few years, Wirecard rose from nowhere to join the German share index (DAX) in September 2018.

However, Wirecard has been facing massive criticism from the financial market for years. As early as 2008, there were initial accusations of annual financial statement manipulation and loud doubts about the company's seriousness and professional corporate structures.

Since the beginning of 2019, new, massive accusations have been made. Among other things, there has been talk of fictitious sales, excessive purchase prices of companies to enrich managers, misrepresented loans and circular entries via companies in the United Arab Emirates, the Philippines and Singapore.

As early as April 2019, the German Federal Financial Supervisory Authority (BaFin) had imposed a two-month ban on short sales on suspicion of market manipulation for the first time following severe share price irregularities on the part of Wirecard. An investigation commissioned by Wirecard itself and conducted by a law firm based in Singapore has revealed that employees in the Southeast Asian island state are alleged to have actually violated accounting rules.

In view of the ongoing criticism, the payment service provider Wirecard commissioned another independent investigation in addition to preparing a special report. When this special report was finally published at the end of April 2020, Wirecard's share price slumped by around 40%, as the results of the investigation did not fully dispel the accusations in question. In particular, the background and existence of Asian trust accounts, among other things, could not be conclusively assessed.

The publication date for the 2019 annual and consolidated financial statements had to be postponed again on 18 June 2020. Wirecard was informed by the auditor that no auditor's certificate could be issued, as sufficient audit evidence of the existence of 1.9 billion euros in escrow accounts was not yet available. As a result, the share price slumped massively several times. At times, the Wirecard share, at 12.99 euros, was as cheap as it had last been eight years ago. In the 25th calendar week, a Wirecard share had still been traded at over 100 euros.

In the meantime, it is considered certain that, contrary to Wirecard's initial statements, the trust funds reported in the balance sheet are not located in the alleged trust accounts in the Philippines. The Philippine banks BDO Unibank and Bank of the Philippine Islands announced on June 19, 2020, that Wirecard is not a customer of theirs. On June 22, 2020, Wirecard itself announced within the scope of an ad hoc disclosure that the 1.9 billion euros that had disappeared did not exist with "overwhelming probability".

According to its own statements, Wirecard is filing criminal charges against unknown persons. The company sees itself as a possible victim of a "gigantic fraud“.

Markus Braun, founder and from January 2002 until June 2020 Chief Operating Officer and Technical Director of Wirecard AG, resigned as CEO of Wirecard with immediate effect on June 19, 2020, according to his own statement.

Following the appointment of Dr. James H. Freis as Chief Compliance Officer with the newly created "Integrity, Legal and Compliance" department, he was appointed interim Chief Executive Officer within one day of Markus Braun's resignation.

James Freis had already been appointed to the Management Board of Wirecard in May 2020 in order to dispel the accusations of poor corporate governance and lack of compliance at Wirecard. Mr. Freis was previously, among others, Group Chief Compliance Officer and Group Money Laundering Officer, Deutsche Börse AG as well as Director (CEO), Financial Crimes Enforcement Network (FinCEN), United States Department of the Treasury, Washington, D.C., United States For its part, Bafin filed charges against the CEO Markus Braun and three other members of the Wirecard Management Board as early as May 2020 on suspicion of market manipulation.

Thereupon, the Munich Public Prosecutor's Office I conducted investigations, among other things, on the suspicion that Braun, Marsalek and their former Management Board colleagues had manipulated the stock market price of the payment service provider. "We are investigating all criminal offences under consideration", a spokeswoman of the Munich I Public Prosecutor's Office announced on Monday, June 22, 2020.

An arrest warrant was issued for Mr. Markus Braun. He surrendered to the Munich Public Prosecutor's Office I on the evening of 22.06.2020 and was arrested.

Above all, it will have to be clarified whether those responsible at Wirecard had already become aware of the irregularities at a much earlier point in time; internal documents from May 2018 and also the fact that internal investigations were already conducted in 2018 or that an expert opinion was commissioned from an Indian law firm speak in favor of this.

Listed stock corporations must inform the capital market if internally known events are likely to influence the share price. This may not have been done sufficiently prior to June 22, 2020; it can therefore be assumed that Wirecard may have been liable to investors for damages under Section 97 of the Securities Trading Act (WPHG) (liability for failure to provide capital market information). Lawsuits are already pending before the Regional Court of Munich; an application has also been filed to initiate proceedings in accordance with the German Capital Investor Model Case Act.

Investors, shareholders and holders of other claims are advised to contact MATTIL  & Kollegen, a law firm specializing in capital market law, without delay. 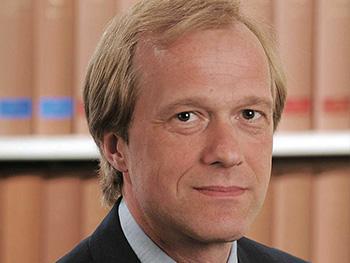