The 11th calendar week started on a spectacular note with two important new developments for the injured investors affected by Wirecard AG: The Munich Public Prosecutor's Office has brought charges against Markus Braun and two other defendants, and the Munich I Regional Court has issued a referral order for model proceedings (KapMuG).

The charges (allegation: professional market manipulation, accounting fraud, gang fraud, etc.) will be examined by the responsible Economic Criminal Division and will presumably be admitted to the main hearing in the next few months. Additional accused are still being investigated, according to the public prosecutor's office.

The Munich I Regional Court issued a referral decision for model proceedings (KapMuG, Musterverfahren) on this matter. The model proceedings are among others directed against Dr Markus Braun and Ernst & Young GmbH Wirtschaftsprüfungsgesellschaft.  The further course of proceedings is as follows: The reference decision will be published and the Bavarian Supreme Regional Court ( BayObLandesG) will thereupon open the model case and appoint a leading model plaintiff. Theoretically, any submitted lawsuit can be designated as the model lawsuit. The law firm MATTIL also represents many of the aggrieved parties and is filing a large number of lawsuits that include all of the investigative findings known to date. With the announcement of the model case by the Bavarian Supreme Court in the register of actions (Klageregister), a 6-month period begins within which a claim can be filed in writing with the Bavarian Supreme Court for the model case; for this purpose, the KapMuG stipulates a compulsory appointment of a lawyer. Experience shows that the model proceedings will take several years.

MATTIL has successfully conducted several model proceedings since the introduction of the KapMuG (Kapitalanlegermusterverfahrensgesetz)(e.g. VIP Medienfonds and Hannover Leasing) and has consequently gained considerable expertise in this field. If the court finds that Ernst & Young GmbH breached its duties in the context of the audits of the financial statements and that the other defendants breached their duties in the context of their work for Wirecard AG, the injured parties who have registered in the register of claims in due time will have to sue individually for their personal damages in subsequent proceedings, provided that there are no settlement agreements with the defendants.

If you have not yet retained us, you can still appoint us with the registration of your claims in the capital investor model proceedings as well as with an individual filing of a lawsuit. You should have already received the corresponding offer of representation and power(s) of attorney. Should you no longer have the offer of representation, we would be more than happy to send it to you again. 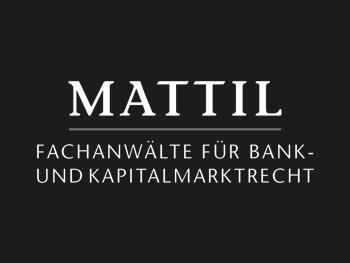